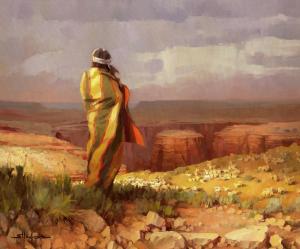 I’m sure you’ve heard it: “Pinterest is THE place to market your work! People buy products based upon a pin they’ve seen.”

Perhaps this is true; perhaps this isn’t; like many statements to do with marketing it contains an element of truth as well as that of exaggeration. There is, however, one thing to consider: it’s desirable to have your pins pinned by someone other than you.

After all, that’s why we strive to be on group boards, isn’t it? We want our pins to be someplace where they can gain greater exposure, and be seen by more people. A major factor of group boards is some sort of group sharing, and many have rules that, if you are going to pin there, you reciprocate by sharing the pins of others.

At Fine Art America, there are a number of mutual promotion Pinterest discussions, and they essentially work like this (I’m assuming that you have a basic acquaintance with Pinterest, know how to pin a pin, and have a board or boards where you can pin other people’s pins):

Go to the group’s discussion page that has to do with Pinterest Sharing. As an example, here is the Pinterest Pin 5 Discussion in the Comment for Comment Group (I'm sorry -- I can't appear to make the links live):

Scroll down to the bottom where it says Post Reply/Message. In another window, go to your Pinterest page and grab a link to the Pin you want other artists to promote. For example, here’s one of mine:

Paste your pin link in the Post Reply/Message section in the Pinterest Pin 5 Discussion and hit Post Reply. This will make your link live so that the artists following you in the discussion can see it.

Now, go to the five links before yours, open them (they should lead to Pinterest links; you can open mine, above, to see what this will look like), and save each one to one of your boards. Many artists create a special board for these links, along the lines of, “Pins from other artists,” or “Fine Art America artists.” I personally save pins to several of my boards, including “Art in your life,” “Photography,” and “Household items.” (Note: do NOT save other artist pins to group boards to which you belong unless you own the group or have permission to do so.)

The five artists following you on the thread will pin your pin onto one of their boards.

Each Pinterest mutual sharing thread has different minimums of pins they ask you to share, and you are always free to exceed the minimum. At the top of each discussion thread is an explanation of how it works, written by the person who developed the thread. Take time to read each one of these to become familiar with their unique requirements.

Here are the various Pinterest mutual sharing groups I presently know of on Fine Art America (if you know of or discover others, please write the link in the comments.)

2) Pinterest Repin Game in the Art District Group:
https://fineartamerica.com/groups/art-district.html?showmessage=true&messageid=4591709
This discussion is open for a new pin every 24 hours, with your pinning all pins that have been posted in a 24-hour period prior to your pin entry.

3) Pin me! In the Beauty in Art Group:
https://fineartamerica.com/groups/beauty-in-art--no-photography.html?showmessage=true&messageid=4580887
In this discussion, you pin the two pins prior to yours.

4) Share the Pinterest Love in Travel Art:
https://fineartamerica.com/groups/1-travel-art.html?showmessage=true&messageid=3698454
In this discussion, you pin the two pins prior to yours.

5) Primarily Pinning in FAA Pixels All Stars:
https://fineartamerica.com/groups/f-a-a--pixels-all-stars--2-submissions-per-week-maximum.html?showmessage=true&messageid=3693861
In this discussion, you pin the two pins prior to yours.

6) Share the Pinterest Love RePin Thread on the general Discussions page:
https://fineartamerica.com/showmessages.php?messageid=3970864
In this discussion, you pin the three pins prior to yours.

If you haven’t read the first installment of this short series, it is
Marketing Opportunities on Fine Art America
https://fineartamerica.com/blogs/marketing-opportunities-on-fine-art-america.html 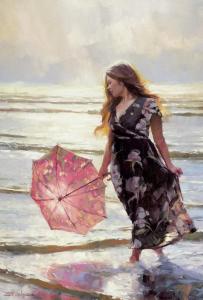 Marketing art is not easy, fast, quick, or predictable. If it were any of those things, artists as a whole would earn incomes like senators or stock brokers.

If you’ve been on Fine Art America for any length of time, you’ve probably run into the disgruntled artist who announces they are leaving the place because they haven’t made any sales. The general response to them ranges from sympathetic to brutal, with a composite message looking along the lines of,

“Quit whining. You’ve got to market yourself. Get out there on social media. Start a blog. Get your name in a magazine. Hand out business cards.”

And the good news is, on Fine Art America there are a number of opportunities – through the discussions in various groups – to market your art. What stops a lot of artists is that these opportunities are mutual – meaning that, while other artists will share your work on their social media sites, you are expected to do the same for them.

That’s too bad, because mutual promotion can be a good thing, with individual artists being able to “tap into” a larger base of social media contacts than what they could do on their own. The “payment” for this added exposure, instead of being money for an ad, is promoting another artist. (Remember, at the same time, another artist is promoting you.)

I’m a relative newbie on Fine Art America, having recently celebrated my 2-year anniversary. In that time, I have participated in a number of mutual promotion opportunities available through Fine Art America, and I am pleased with the results. Sales have been good, and my goal is to make them constantly better.

In this short series of upcoming blog articles, I’d like to share with you the various mutual promotion groups I’ve found, in the hopes that you, too, will consider joining them. After all, the more people who participate, the greater the pool of potential people we all can reach.

The Craze for Country -- It's Worth Keeping Your Head 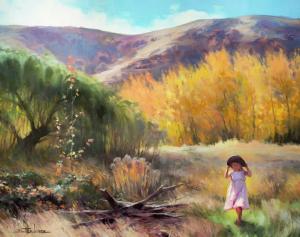 I don't watch TV, but even from under my rock and behind my easel it's hard not to miss that country is in -- which is great, because I live in the country myself and know that it's called beautiful for a reason.

What makes me sad about the country craze is the push by TV, talk show, magazine and other "down-home" celebrities to force people into a fantasy, sanitized version of "country living" that has everything to do with pressure to make the house look like something on the TV set, and not a home that people actually want to live in. Real country homes look like people live in them -- not everything matches; there's something old and something blue and something borrowed in them; and the items that are there are -- or should be -- meaningful to the people who own them.

As long as a person's major source of country decor is a TV show, blog, or magazine, then what they get won't be a home, but rather a potential showcase that's constantly in transition, and will never reach completion because the goal behind home country decor shows is to keep selling products.

"But you sell a product," people might object. "You sell art." That I do -- and the art I create, paint, and sell goes far beyond mason jars that -- in a secondhand store actually cost under a dollar, but from the country design guru, go for much more than that. If you're going to invest in anything to create the sense and beauty of country, then go for the art, because it not only adorns the wall, it takes you, the viewer, out of the room and into the landscape. 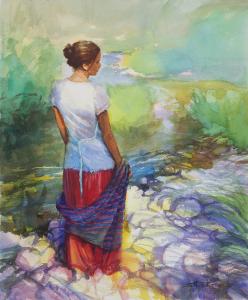 The art world is like any other industry, and it is filled with myths. One of the most prevailing of these, believed by both artists and people who are not artists, is that extremely wealthy people know good art when they see it, and what they buy is always a good investment. This, it is assumed, is the major reason to purchase art: as an investment.

After all, in order to buy an iconic work like The Scream, the famed 1895 pastel by Edvard Munch, one obviously much be richer than the normal person, since at the latest auction the work auctioned off for $119.9 million. And although the average person, upon seeing the drawing, would think, "That drawing looks like it was done by a 10-year-old," he or she is reluctant to say this aloud because somebody just spent $119.9 million on it -- and anyone who has that much money must be smart, right? Because in our culture, another of our myths is that outrageously wealthy people are that way because they are smarter, kinder, better, and simply superior to others. (This is a pretty good distillation of the plot of the book, Atlas Shrugged, used as a game plan by many that regular, ordinary people would term "elite.)

But an item's intrinsic -- natural, essential -- value is frequently at variance with what the market assesses it to be worth, and this is patently obvious in the art world. As the old saying goes, "It's worth what a person is willing to pay for it." For a brief time in the 17th century, people were willing to pay as much for a tulip bulb as they would for a house. Crazy, you say? How is that any different from five bidders driving the final price up to $119.9 million for a drawing that looks like it was done by a 10-year-old, when there are ample artworks, by actual 10-year-olds, available for much less? What, exactly, is the intrinsic value of The Scream?

And herein we find the reason why ordinary, regular people have the potential to be better art buyers than the fabulously rich: when they buy an artwork -- whether it's a print, an original painting, or an image on a coffee cup -- for no other reason than because they like it, and the image speaks to their heart and soul, then they are purchasing art with their mind, and not their sense of cunning that they are a savvy investor.

And when they take that artwork and place it, not in a vault or safe, but on their walls where they see and enjoy it every day, then they are honoring the skill, ability, soul, and hard work of the artist.

Of course, people who buy artwork for no other reason than that they like it are frequently told, by the elitists of the art industry, that they are naive, unsophisticated, and foolish, But it's not an impossible conclusion to draw that the person who treasures the artwork because of its appeal to the heart and soul, understands much more about art than the one who treats it as nothing more than an investment.